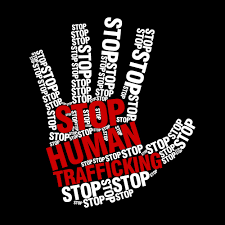 WILLEMSTAD – Human Trafficking Task Force Curaçao is launching today, on July 30, 2021, the date designated by the United Nations as the World Day Against Trafficking in Human Beings, the website: www.HumanTraffickingPreventionCuracao.com as part of an awareness campaign.

The website, as part of this campaign, aims to provide more information to the public about human trafficking/smuggling. It also aims to make people who have become victims of human trafficking aware of steps they can take. The Task Force has received a subsidy of € 40 thousand from the Dutch Ministry of Security and Justice for this project. This amount has been deposited into the account of the Crime Prevention Fund.

Human trafficking includes the recruitment, transportation or reception and housing of people using any form of coercion for the purpose of exploitation. Victims are often in a vulnerable position. They are blackmailed, threatened, mistreated, or misled.

Human trafficking means that people are exploited or put to work under inhumane conditions. It is a serious violation of human rights and a serious crime.

Human trafficking and smuggling have been considered a priority by the Public Prosecution Service for some time now. This form of crime is closely related to the influx of undocumented persons on Curaçao and requires a multidisciplinary approach. As an autonomous country within the Kingdom, Curaçao is bound to comply with agreements that are laid down in treaties that relate to, among other things, human rights. The annual publication of a report on the steps taken in the fight against human trafficking is part of this. This report is assessed by the US Department of State and then they issue a TIP report on the functioning of the country of Curacao. The countries are assessed based on established criteria.

Until 2018, Curaçao was rated at Tier 2. Tier 2 includes countries that do not fully meet the minimum standards but are making significant efforts to meet them.

Since 2019, Curaçao has been placed on the Tier 2 watch list. This means that the country has made a significant effort but has not provided evidence of the increasing efforts to combat human trafficking in the previous year. This is possible through an increase in criminal investigations, prosecutions and convictions conducted locally, an increase in assistance provided to victims and a reduction of complicity in human trafficking by government officials. It also happens when the estimated number of victims has increased or increases significantly, and the country does not take concrete proportional measures.

A place on the Tier 2 “Watch List” means that Curaçao has a bad reputation in the fight against human trafficking.

To get out of this bad position, the Human Trafficking Task Force has put forward various policy proposals over the past three years, which have been endorsed by the Council of Ministers.

In the past five years, a total of 31 complaints and/or reports of being a victim of human trafficking have been filed. Of these, there were 22 convictions.