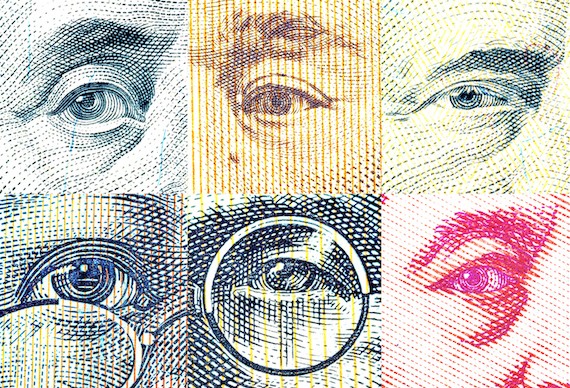 Consider the current state of anti-money laundering efforts across the globe.

Around 2% of global GDP is laundered annually, amounting to between $800B – $2T. Banks spend around $8B annually fighting it but affect only 0.1% of criminal finance. What we know then is that the ROI of the global AML regime is poor. Compliance costs exceed recovered funds many times over, and the private sector is subjected to larger penalties than the criminals. To make matters worse, no competent authority has the resources to fully evaluate all the data submitted to it by industry. Is the system broken? If it is, why do so many AML initiatives and much of the media attention focus solely on offshore jurisdictions when a universal rethink is required?

Following the 2007 crisis, governments sought better disclosure of beneficial ownership of offshore structures and financial accounts to help plug fiscal deficits. President Obama memorably quoted that a Cayman Islands building (Ugland House) was home to “12,000 corporations. Now either that’s the tallest building in the world or there’s a scam going on.” After that, the hunt for tax evaders took off, aimed particularly at the offshore industry, which was tarred forever under the mantra of ‘tax havens’. Few commentators distinguished between “havens” (no tax at all) and low or neutral tax jurisdictions, or between legal avoidance and evasion. Fewer still recognized that the world’s leading offshore centres did not fit the stereotype pedaled by the media, including the US, the UK and a number of full member EU member-states such as the Netherlands, Luxembourg, Lichtenstein and Malta.

Initiatives sold on the pretext of cleaning up the so-called tax havens have included FATCA (from 2010) and CRS (from 2014), both of which seek disclosure of whom the ultimate beneficial owners of entities and accounts are. Beneficial ownership disclosure requirements then followed, capturing a range of different vehicles and assets, and under pressure from the European Union (EU), a growing number of offshore jurisdictions have committed to public disclosures from 2023.

Economic substance (ES) was next on the agenda. ES requires firms to demonstrate that income streams from certain activities are, in fact, based on real local activity to justify the use of low tax jurisdictions, thus limiting the use of ‘shell companies’ and letterbox entities. EU Council Directive 2018/822, known as “DAC 6”, also seeks to force third-country firms (i.e., those within “tax havens”) to report not only on hallmarks of tax evasion, but also on legitimate tax avoidance, and so on. Thus, the focus is now on the “morality” of tax planning.

No one can reasonably suggest that today’s offshore industry is anything like it was twenty years ago when the US Senate PSI Committee first investigated the use of offshore structures to launder Raul Salinas’s $100m. Offshore jurisdictions are collecting, reporting and disclosing an avalanche of data on client activities and beneficial owners, both locally and globally. When taken together, these initiatives give authorities a significantly better holistic picture of the industry, but critics persist in using outdated perceptions to mount attacks. If only the authorities had the time, and the right strategy and resources to deal with the data industry is providing. The difficulty perhaps is that several aspects of AML policy are misguided:

Initiatives have moved way beyond permitting authorities to identify and prosecute crimes into raising more tax. DAC6 and FATCA go beyond criminals, to fishing expeditions for revenue raising, including in circumstances where there is no suggestion or evidence of evasion. Given the limited resources available to the AML authorities, should their efforts be focused on raising revenue or catching criminals? Is this mixed approach undermining our ability to combat money laundering?

Is the continued focus on stereotypical offshore centres misguided?

So, who now isn’t playing their part? Whilst all parts of the system are to some extent broken, isn’t it time to revisit the hackneyed mantra that offshore is always toxic? The picture is now much more nuanced than that. Is the ongoing focus on offshore a convenient diversion for lager economies to attract large-scale capital flows by not meeting the standards they impose on smaller territories?

Taken together, the constant finger-pointing  at the parts of the AML system that have stepped up to the plate (including many offshore centres, businesses and their MLROs) is misguided. MLROs are damned if they don’t report suspicions, and damned if they do, because they’re left unprotected under the “commercial basis” regime, or because the data isn’t safe once reported. Is it any wonder that so many MLROs feel exposed and demotivated despite attempting to do the right thing? The same question applies to the offshore centres that now comply with the highest AML standards but continue to get beat up.

Is it time to consider whether the real story is not a failure by offshore centres or financial institutions and their MLROs but a failure of statecraft manifested in double standards imposed by large economies unwilling to practice what they preach and a SARs regime that is under-resourced, unworkable and leaky?