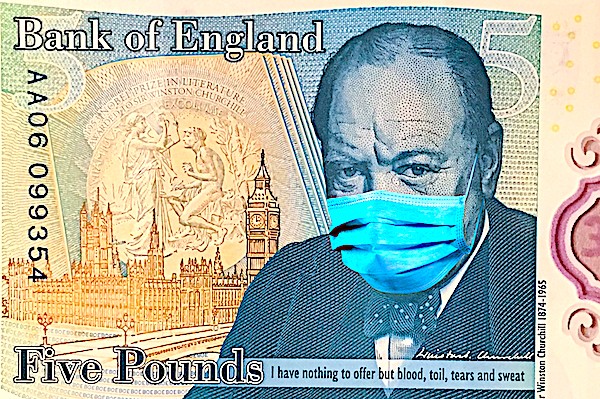 A VICE News investigation this month revealed that companies accessing billions in public funds through a government scheme have paid out an estimated £11.5 billion in dividends, while announcing the loss of 42,000 jobs.

VICE News can now reveal that government funds, currently totalling £18.9 billion, have been given to companies that have engaged in fraud, corruption, environmental destruction and the manufacture of chemical weaponry, as well as defence firms that have sold weapons to regimes accused of human rights abuses.

Companies using the CCFF can extend the length of their loan, but only if they pledge to refrain from paying dividends and to cut executive pay. The CCFF is administered by the Bank of England (BoE) for the Treasury.

The funds were made available to companies from the end of March, 2020, with no environmental or economic stipulations attached – a move that has been criticised by campaigners and activists. Plans are afoot to take the government to court over the lack of environmental considerations applied to the bailouts.

As reported by VICE News, American oil giant Schlumberger announced it would be slashing 21,000 jobs worldwide on the 24th of July, just a day after paying out an estimated £135.2 million in dividends. A month earlier, the company – which is registered in Curacao, a tax haven – drew £415 million in UK government funds from the CCFF.

When previously contacted for comment, Schlumberger directed VICE News to its Q2 results, which show the company reported $5.2 billion (£3.9 billion) in worldwide revenue in the second quarter of 2020.

In 2015, Schlumberger was fined $232.7 million (£179.6 million) for violating sanctions in Iran and Sudan. At the time, the fine was the largest in US history for sanctions violations.

Airbus SE – a multinational aerospace company that accessed £500 million of public money through the CCFF – was fined a record breaking €3.6 billion (£3.2 billion) in January of this year following an investigation by the Serious Fraud Office. The investigation found that the company had used external consultants to bribe officials in Sri Lanka, Malaysia, Taiwan, Indonesia and Ghana to buy its civilian and military planes between 2011 and 2015.

A company spokesperson said, “Airbus had agreed to pay penalties of nearly €3.6 billion plus interest to the authorities. The company has taken significant steps to reform itself and ensure that this conduct will not reoccur. The company is committed to conducting business with integrity.”

The company was the seventh largest arms company in 2018 and had £369 million of Ministry of Defence procurements in the same year. According to Campaign Against the Arms trade, Airbus has applied for UK arms export licences to 88 countries,including UAE and Saudi Arabia.

In 2019, British arms sales to Saudi Arabia were halted by the High Court after it ruled that weapons had been sold to the country for use in the Yemen Civil War with no consideration of “whether the Saudi-led coalition had committed violations of international humanitarian law”.

Human Rights Watch has documented “abuses by the UAE and UAE proxy forces [in Yemen], including arbitrary detentions, forced disappearances and torture”.

Rentokil Initial, which had accessed £600 million from the CCFF by the 18th of April, was given a record fine of £27,000 for failing to comply with a UK competitions and markets information request in August of 2019. The company did not respond to requests for comment.

G4S, the private security company, drew £300 million through the CCFF. On the 10th of July, G4S was fined £44 million after it accepted responsibility for three fraud charges in relation to an electronic tagging scheme. The fraud was carried out in an effort to “dishonestly mislead” the government, so as to boost the company’s profits, according to the Serious Fraud Office.

A G4S spokesperson said, “The BoE facility is a one-year loan and is due to be repaid in full in May 2021. G4S employs 25,000 people in the UK working in our security and cash businesses. Our employees provide essential services to businesses across a number of sectors and to the government.”

The company confirmed that no public money was used to pay the £44 million fine.