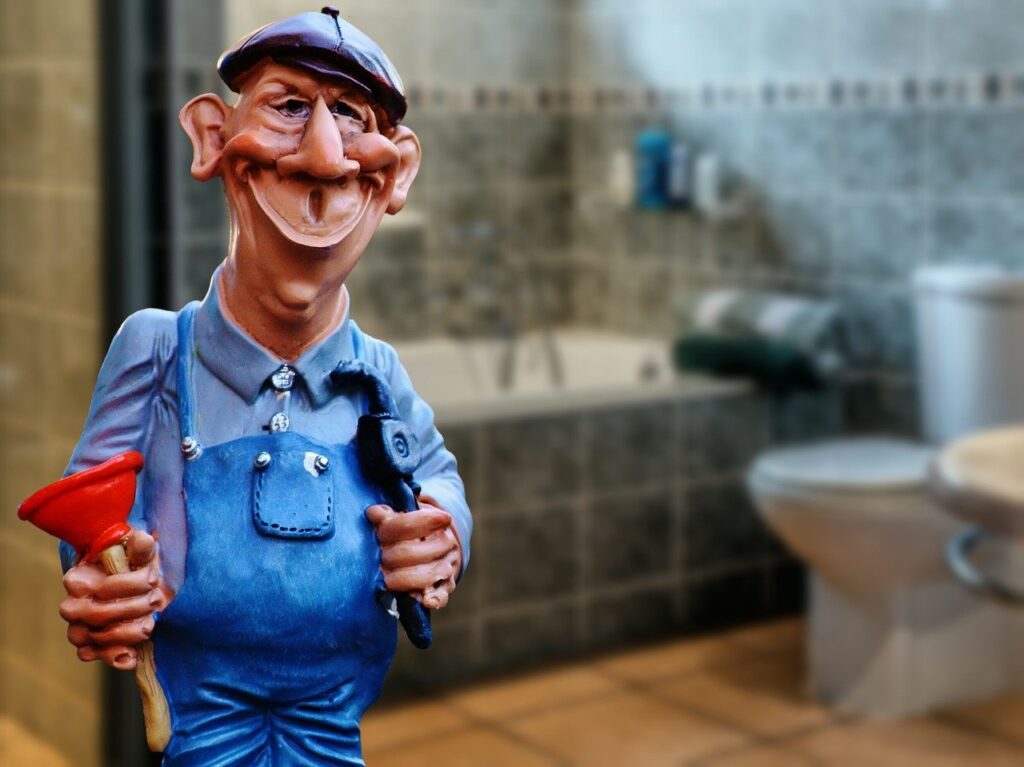 In the past decade, a series of leaks from insider sources have shed light on the complex systems of money laundering, tax evasion, and fraud perpetrated by certain countries and wealthy individuals. The profound work carried out by international journalists in publishing the wrongdoings have shaken the foundations of the world of finance, AML, and tax regulation, leading to the disruption of old and corrupt structures.

Data leaks such as Panama Papers, Offshore Leaks, Swiss Leaks, or Paradise Papers have all had an impact on our perception of the world of finance and its seedy side. Their disclosures have exposed numerous financial misbehaviours from persons across the world – from politicians hiding exorbitant gains from their country’s taxation system, to celebrities masking their assets behind shell companies in far off lands, to the intrinsic web of offshore entities linked to individuals of power.

Transparency International estimates that tax evasion, theft, corruption, bribery, and other illicit activities costs developing nations $1.26 trillion each year, or roughly the equivalent of the economies of Switzerland, South Africa and Belgium combined. In the European Union, about $132 billion are lost to corruption on a yearly basis.

The tsunami of scandals and disbelief created by the various reports are helping to reshape the realm of finance, slowly chipping away the secretive systems that have been weakening global economies. 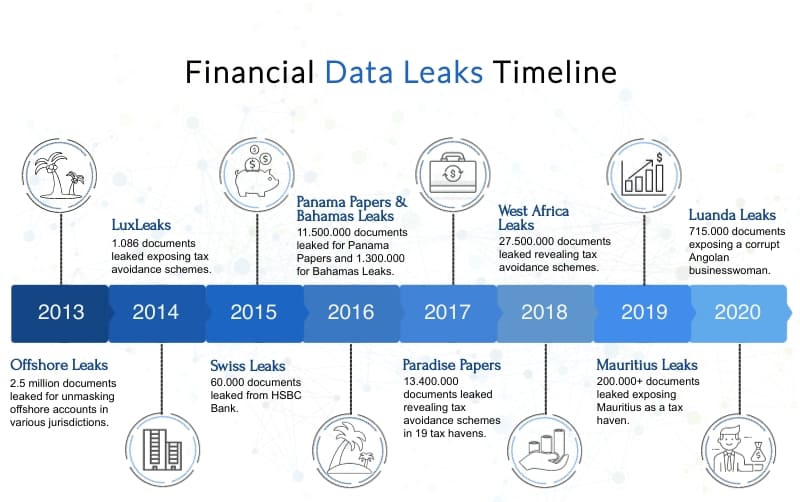 How were the financial leaks exposed?

The leaks and reports could not have existed without the help of brave whistleblowers. In 2016, a person by the pseudonym of Joe Doe leaked to the German newspaper Süddeutsche Zeitung 11.5 million documents with a total of 2.6 terabytes of data belonging to the law firm Mossack Fonseca, exposing the massive financial injustice that would be known as Panama Papers. In a public statement titled The Revolution Will Be Digitized, Doe explained that they had disclosed the documents to highlight global financial corruption and growing income inequality.

While most whistleblowers had noble intentions, there were some exceptions. In 2008, former HSBC Private Bank software engineer Hervé Falciani stole data that exposed the tax evasion scheme of 100.000 clients and 20.000 offshore companies that had accounts with HSBC. Known as Swiss Leaks, it is considered the biggest leak in Swiss banking history.

Mr. Falciani initially fled to Lebanon with the data, looking to make money by selling it to local banks and start a new life. He was found and arrested, and upon being let go following an interrogation, Mr. Falciani fled to France where he handed the information over to French authorities prompting a worldwide investigation.

How were the financial leaks published?

The majority of whistleblowers contacted journalists to hand over the data that they had obtained. The massive amount of information was impossible to go through by a handful of journalists and newspaper shared their evidence with the International Consortium of Investigative Journalists (ICIJ).

The ICIJ is a U.S.-based non-profit organization with a network of 267 investigative reporters from over 100 countries and territories. They also partner with over 100 media organizations including major companies such as the New York Times, the Guardian, and BBC, as well as smaller regional non-profit investigative organizations. The ICIJ not only analyses the data leaks but also publishes them on their website, making accessible to anyone the names of the individuals and companies exposed. The information is also available in screening feeds used by financial institutions.

To be able to sift through the gargantuan number of documents, ICIJ journalists employ various encrypted technological tools to aid them. The first of these is a secure forum, similar to a common social media app, which allows the journalists to post their discoveries. The second is Blacklight, a database used to search for names, countries, and sources, followed by the third tool known as Graph, an app that visualises the links between individuals and companies.

Recently, the ICIJ also began to employ an AI machine-learning model that is capable of finding similar documents amongst piles of records, such as tax filings or business forms of the same company.

In 2021, the ICIJ, together with the Global Alliance for Tax Justice, was nominated for the Nobel Peace Prize for exposing illicit flows and fighting against the circulation of dark money.

Below you will find a comparative chart on the various leaks that have been disclosed thus far: 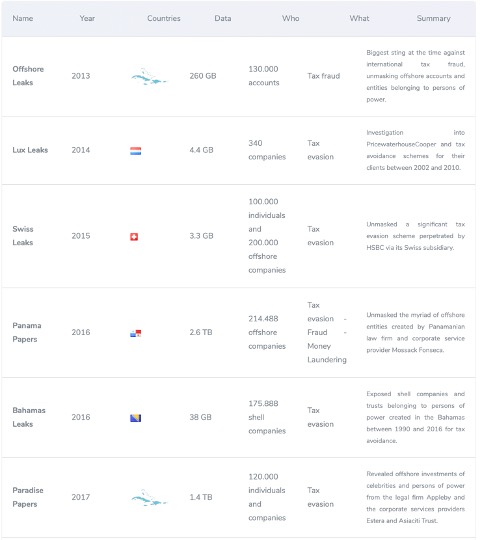 Who was exposed in the data leaks?

Politicians, heads of state, actors, musicians, television celebrities, members of royal families, entrepreneurs, and other individuals of power were exposed in the various leaks. Below is a short list of some of the most curious or well-known names and in which leak they appeared in:

What was the impact of the financial leaks?

The leaks and reports had beneficial impacts on national and international legislation, prompting state governments and international unions to take action to improve the state of the financial world. Below is a selection of some of the most important changes enacted after the scandals: